Good Genes is a documentary performance and interactive installation that blends archival research, DNA forensics, and feminist science into a singular work of biological-performance.

In 2016 a stagehand at the Berliner Ensemble gave me a hat, the costume of a soldier in Bertolt Brecht’s Berliner Ensemble, which had never been washed, as Brecht wanted it to ‘stink like the war’. Working with a biology lab, I recovered DNA samples from three actors who once wore this hat. I use both scientific and archival evidence to trace their stories. 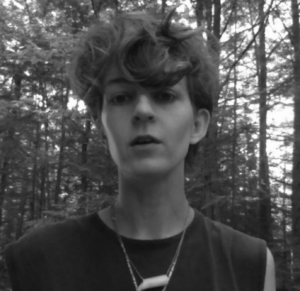 Sister Sylvester is a performance, film and new media artist, and self-taught microbiologist, whose work focuses on the philosophical stakes of new technologies. She is a 2020-2022 ONX fellow (New Museum and Onassis Foundation), a recipient of the 2022 Netherlands Film Fond for new media; a 2019 Macdowell Fellow and a 2022 MIT Open Doc Lab guest lecturer. Her short film Our Ark, co-directed with Deniz Tortum, premiered at IDFA, has toured to major international film festivals, and won Best Short Film at Istanbul International Film Festival. Her performances have toured world-wide. She writes about technology and culture at New Inquiry.