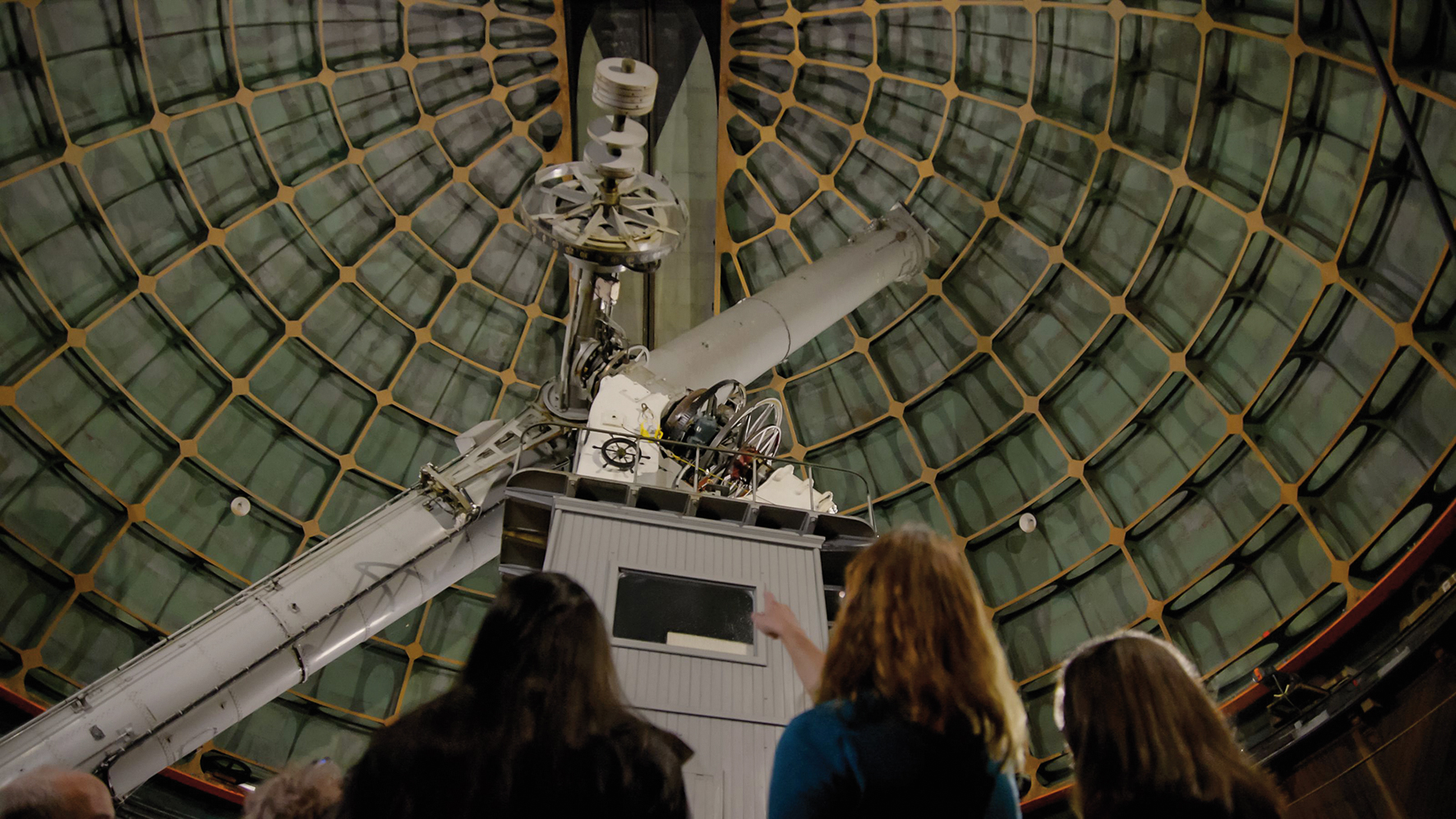 CPH:DOX unveils films and events in its ambitious Science programme

From the meteors of the past to the climate solutions of tomorrow. From outer space to the insides of the brain. This year CPH:DOX presents an ambitious science programme that puts our relationship to tech, research and natural science under the microscope with 10 international films and live debates.

For the fourth consecutive year CPH:DOX is ready to present a film- and debate programme dedicated to research and science. The Science programme’s mission is to present new knowledge, unknown facts and scientific breakthroughs through some of the world’s best documentary films.

“The Science programme has become an integrated part of CPH:DOX and is now one of the main thematic pillars, which the festival is built on,” explains CEO of the festival, Tine Fischer. “Documentary films are exceptionally good at communicating new knowledge in and about the world, and since tech giants and algorithms are really defining our everyday lives today, it is absolutely crucial that our festival deals with – and questions – all of these great scientific and technological advances.”

Meet the leading Danish and international scientists
This year the Science programme kicks off with an opening film fit for it’s time: The world premiere of Pernille Rose Grønkjær’s documentary film ‘Solutions’, where leading scientists from all over the world come together in an attempt to find solutions for everything from climate change and economic inequality to democratic crises and the spread of fake news.

At the premiere four of Denmark’s top scientists – astrophysicist Anja C. Andersen, philosopher Vincent Hendricks, economist Birthe Larsen, and professor and member of the digital advisory group for the Danish government Mikkel Flyverbom – will continue their search for joint solutions.

The programme also offers a plethora of live panels and debates with leading international scientists and speakers such as neurobiologist Christof Koch (Allen Institute) and journalist Kevin Roose (New York Times), creator of the tech podcast ‘Rabbit Hole’. But the audience will also get an opportunity to meet influential, Danish names such as science journalist Lone Frank, former Minister of Higher Education and Science and member of the SIRI-Committee Tommy Ahlers, and professor and AI expert Thomas Bolander.

Science films looking both to the future and the past
This year’s festival will introduce the audience to 10 exciting new films, taking them all the way into space and onboard international space stations in ‘Who We Were’ or to groundbreaking telescopes in ‘The Hunt for Planet B’. The audience will be invited on a journey inside the body, where artificial intelligence and neuroscience compete about becoming the first to fully understand the wonders of the brain in films such as ‘In Silico’ and ‘The Brain’.

Climate change is also on the agenda when Finish scientists create rain clouds over Abu Dhabi in ‘How to Kill a Cloud’, and German researchers say “atomkraft, ja danke”, while they discuss the pros and cons of atomic energy in ‘Nuclear Forever’. But CPH:SCIENCE will also look at the past through Werner Herzog’s new documentary film ‘Fireball: Visitors from Darker Worlds’ about meteors, and the film ‘We Are as Gods’ about the legend Stewart Brand, who wants to bring the mammoths back to life with the help of DNA research.

Finally the programme will look into not only the scientific and technological advances, but also the scientists behind them. How is the balance between men and women in the scientific field, and are their biases affecting their research? This is something the film ‘Coded Bias’ discusses, as it looks at our facial-recognition systems, which are in fact loaded with biases against women and non-white faces.

See the full CPH:SCIENCE line-up below.

Solutions (Pernille Rose Grønkjær, Denmark, World Premiere)
Some of the world’s leading scientists isolate themselves for 10 days in the desert of New Mexico. Their aim: to develop real solutions to the world’s most pressing problems. ‍

Fireball: Visitors from Darker Worlds (Werner Herzog & Clive Oppenheimer, United Kingdom/Austria/United States)
Werner Herzog is in true form in this captivating world tour in search of comets, narrated with a fabulous zeal by the singular genius himself. ‍‍

In Silico (Noah Hutton, United States, International Premiere)
Egos, ambitions and millions of dollars. A brilliant scientist launches a 10-year project that aims to create an artificial brain in a supercomputer. ‍

Living Water (Pavel Borecký, Czech Republic/Switzerland)
An anthropological field trip to Jordan’s deserts, where a trailer for the future conflicts about the planet’s scarce resources is taking place. ‍

The Brain (Jean-Stéphane Bron, Switzerland, France, International Premiere)
The mysteries of the brain are explored in a futuristic film about biological and artificial intelligence and the dilemmas of technology in the 21st century. ‍‍

The Hunt for Planet B (Nathaniel Kahn, United States, International Premiere)
The work of female NASA scientists on the Webb Telescope spacecraft allows us to see further into the unknown than ever before. ‍‍

The Scent of Fear (Mirjam von Arx, Switzerland, International Premiere)
What are we so afraid of? There are many answers in a film which with fearless curiosity travels around the world to look fear in the eyes. ‍

We Are As Gods (Jason Sussberg, United States, International Premiere)
From hippie and environmental activist to cyber pioneer. 81-year-old biologist Stewart Brand mirrors the controversial bioethical dilemma that the world is facing today.

‍Who We Were (Marc Bauder, Germany, International Premiere)
Is the human being merely a passing guest on Planet Earth? Six notable individuals look at today’s crises from their different professional perspectives. ‍