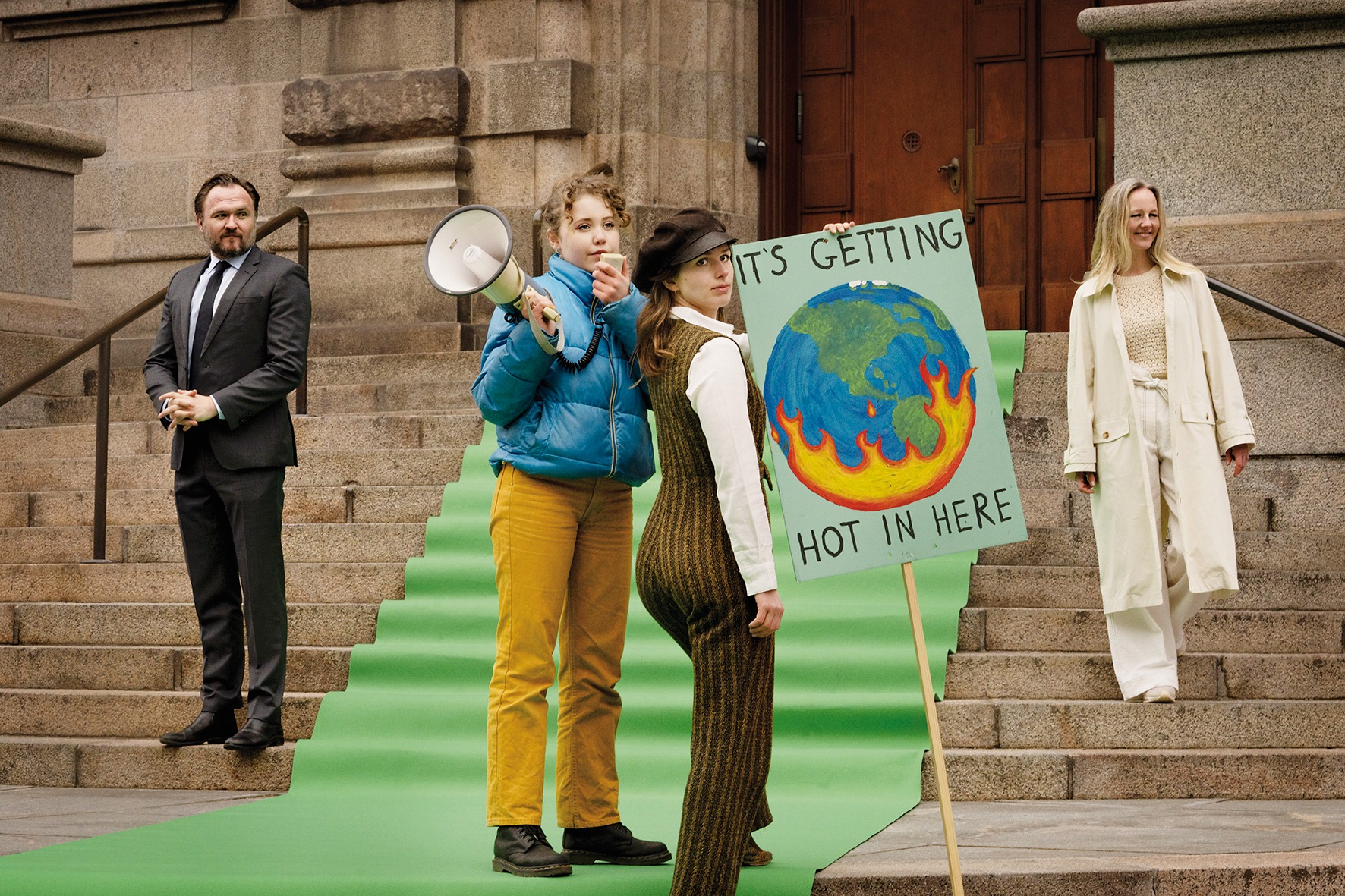 CPH:DOX puts climate change at the top of the agenda with the opening film ‘70/30’

CPH:DOX 2021 is set to open with Danish director Phie Ambo’s new documentary film ‘70/30’ putting climate change back on top of the agenda. The film follows the Danish Minister of Climate, Energy and Utilities and young environmentalists as they fight for a more sustainable world. ‘70/30’ will be live transmitted on CPH:DOX’ streaming platform.

How do we fight climate change? At what cost? And are politicians ready to do what it takes?

These are some of the questions Phie Ambo’s film ‘’70/30’’ asks, as it documents the making of Denmark’s first Climate Act. A Climate Act with an ambitious and legally binding agreement to reduce greenhouse gas emissions by 70 percent by 2030. ‘’70/30’’ thus provides a unique glimpse into political discussions and decision making, which usually take place behind closed doors.

The film follows the Danish Minister of Climate, Energy and Utilities, Dan Jørgensen, and a group of young climate activists who desperately try to get their message across to the politicians. Their message is clear: if we want actual change, we need to start working together and take responsibility.

Tine Fischer, CEO of CPH:DOX, says:
“The fight against climate change is by far the most important global agenda right now. I am truly pleased that Phie Ambo’s ‘70/30’ gets to open this year’s festival.

‘70/30’ takes us behind the scene and provides insights into how politicians work – not only when things are running smoothly, but also when things are moving way too slowly. We have an ambition at CPH:DOX to pass the mic to directors with important and urgent agendas. Films that have the potential to challenge opinions and become catalysts for social and political change. Phie Ambo’s film ‘70/30’ has a clear vision to show the drive of civil society and the elected representatives despite resistance and disencouragement along the way. I hope that CPH:DOX with our screening of ‘70/30’ can help reinvigorate the debate about climate change.”

Hope and action as a driving force
In the spring of 2019 thousands of young Danes took to the streets. They ditched school to demonstrate over global warming, they mobilized their parents and grandparents and demanded climate action NOW! When the national election came later that year, it was evident that the climate needed to be a central part of the political agenda. Now, it is time for the new government to put action behind their words. Is it possible for the politicians, the civil society and the industry to collaborate and make Denmark a green pioneer country – or will the ambitions fade as reality shows its ugly head?

Phie Ambo, director of ’70/30′, says:
“A year and a half ago, I would lie awake in the middle of the night, worrying about my children’s future because of the climate changes. I was afraid that our Danish democratic system wouldn’t be able to take the necessary actions fast enough. There were stories everywhere in the media saying that the Earth was close to an ecological collapse, and the government did not seem to have sleepless nights like me. After the election in 2018, the new administration immediately started working on an ambitious climate act, and I realized that I wanted to know what was going on behind closed doors. It was obvious that people were ready for change; especially the younger generation that had done their best to make sure that climate was on the agenda. But were the politicians also ready for change? Imagine if a small country like Denmark could pass a law, that could inspire other and much larger countries to go green…”

‘70/30’ will be screened in CPH:DOX’ main competition ‘DOX:AWARD’. Stay tuned for the full programme announcement later this month.