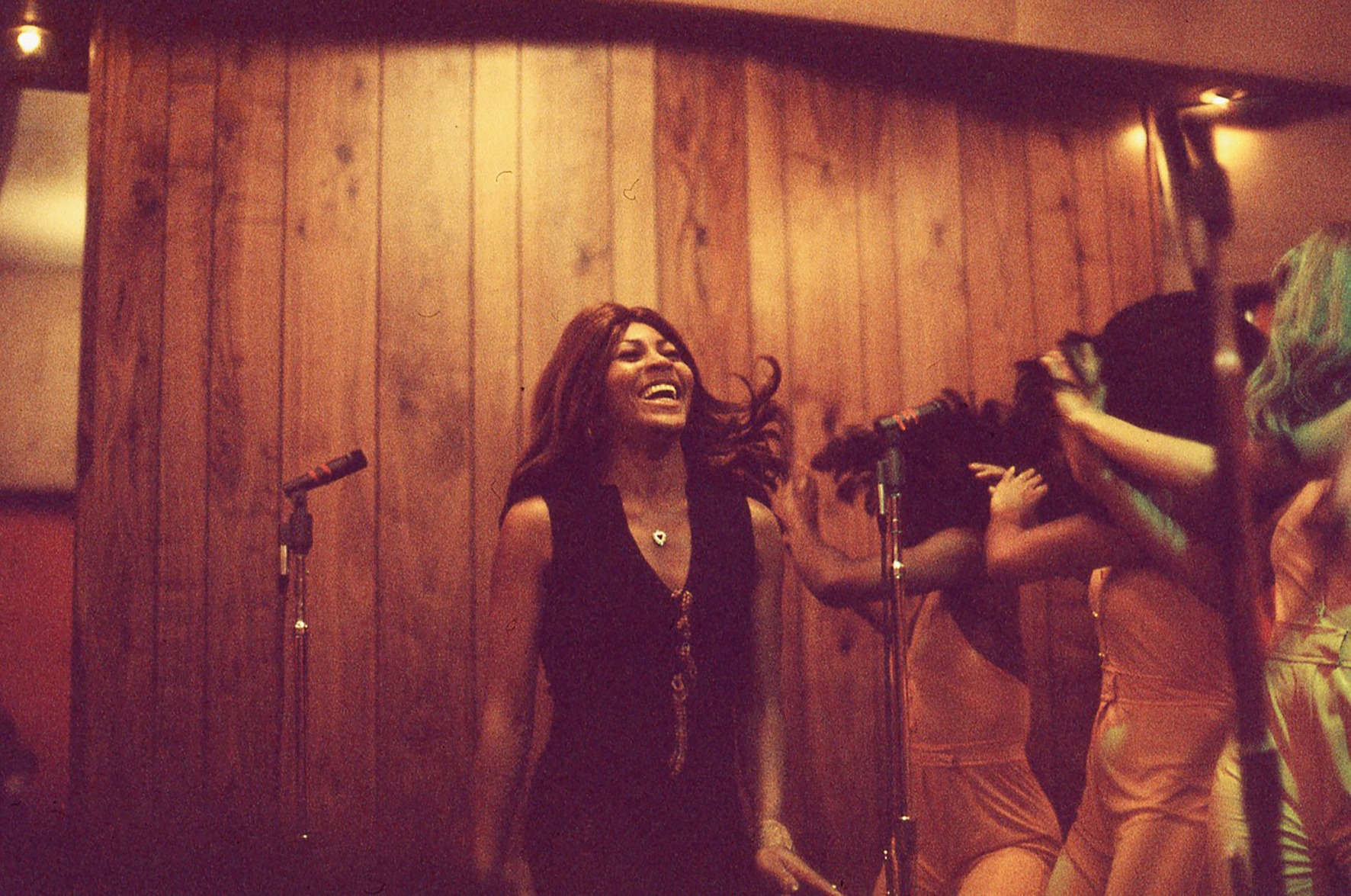 ‘Tina’, the new documentary about Tina Turner, ‘American Rapstar’ giving an intense glimpse into the music and the surrounding environments of SoundCloud rap and the concert film ‘American Utopia’ starring the legendary musician David Byrne are some of the films that will be screened, when CPH:DOX takes place April 21 – May 12.

When CPH:DOX kicks off April 21 with a big digital music programme, there will be something for everyone. SOUND & VISION will present films about strong women in the music industry, great legends, new trends and much more.

“This year’s programme for SOUND & VISION draws a kaleidoscopic picture of the music scene and musicians. It is the sound of timeless entertainers, desert rappers, Brazilian tropicalia, synthesizers the size of a car, deep fried trumpets and a legendary tape reel in a loop. But music is not created in a closed artistic environment – explosive topics like freedom of speech, racism, partner violence and social injustice appear throughout the programme. Just as they do in real life,” says Niklas Engstrøm, Head of Programme at CPH:DOX.

‍Tina Turner and David Byrne
Hits like ’The Best’, ’Proud Mary’ and ’What’s Love Got To Do With It’ have established Tina Turner as one of the greatest and most famous musicians in the world. A momentum she has used to break the silence and draw attention to partner violence. ‘Tina’ describes her life, career and the abusive relationship with her ex-husband Ike Turner and will be screened for the first time in Denmark at CPH:DOX.

Another legend is part of the programme with Spike Lee’s film ‘American Utopia’ starring David Byrne, the former lead singer in the band Talking Heads. David Byrne will also guest the festival’s digital live programme when he attends the talk series ‘An Evening With’ on April 23. ‍‍

Face tattoos and substance abuse on prescription
Several strong women are presented in the programme. ’Poly Styrene: I am a Cliché’ tells the story about the punk musician with the provocative attitude and the anti-facist statements, who opposed to the gender norms of her time and was the lead singer in one of the greatest punk bands in the 1970s: X-Ray Specs.

‘American Rapstar’ is about a group of young musicians with an energy so intense and extreme that they have been called the contemporary punks: the SoundCloud rappers. Face tattoos, substance abuse on prescription, raw talent and early death makes ‘American Rapstar’ both a fascinating and frightening film about the music and the environment surrounding it.

Another group of musicians and performance artists walking on the edge is Throbbing Gristle. In ‘Other, Like me’ the band members tell the story themselves for the first time.

A Song Called Hate (Anna Hildur / Iceland)
The Icelandic band Hatari is used to provoking everyone and everything, but at the Eurovision Song Contest in Israel they are facing a dilemma.

A Symphony of Noise (Enrique Sánchez Lansch / Germany / World Premiere)
What does it sound like when you deep-fry a trumpet as a commentary on Brexit? Composer and master sampler Matthew Herbert will give you an answer.

American Utopia (Spike Lee / USA)
David Byrne is taking part in CPH:DOX with a talk. Experience him in Spike Lee’s concert film, where Byrne elegantly and originally shows us that music is (also) art.

Crestone (Marnie Ellen Hertzler / USA)
Mirage or reality? Welcome to a SoundCloud paradise in the Colorado desert, where the inhabitants make hazy music for the internet.

Crock of Gold: A Few Rounds with Shane MacGowan (Julien Temple / United Kingdom)
A few rounds and plenty of cock-and-bull stories with the legendary Pogues singer, who can still drink anyone under the table.

In My Own Time: A Portrait of Karen Dalton (Richard Peete, Robert Yapkowtiz / USA)
Nick Cave and Bob Dylan idolise her, but personal struggles and an escape from fame became Karen Dalton’s destiny.

Narcissus Off Duty (Renato Terra, Ricardo Calil / Brazil)
The Tropicalia star Caetano Veloso talks about his time in prison during the dictatorship in a simple and moving film with a great singer and storyteller.

Other, Like Me (Marcus Werner Hed, Dan Fox / United Kingdom, USA)
From performance art to deafening industrial music. The story of the pioneers Throbbing Gristle, told for the first time on film by the artists themselves

Poly Styrene: I Am a Cliché (Celeste Bell, Paul Sng / United Kingdom / International Premiere)
With a fearless fuck you-attitude and anti-fascist battle cries, Poly Styrene was at the forefront of one of the greatest punk bands of the 1970s: X-Ray Spex.

Sisters with Transistors (Lisa Rovner / France)
The history of electronic music from the point of view of the overlooked female pioneers in a film with style and substance, told by Laurie Anderson.‍

Tehran Blues (Javier Tolentino / Spain / International Premiere)
The city’s musicians and poets take us on a musical tour of Iran’s capital in a charming film about a music culture rarely heard of in the West.

Tina (Dan Lindsay, TJ Martin / USA)
One of the most hard-working women ever in show business reveals her inner battles in a sensational film with clips from 60 years in the spotlight.