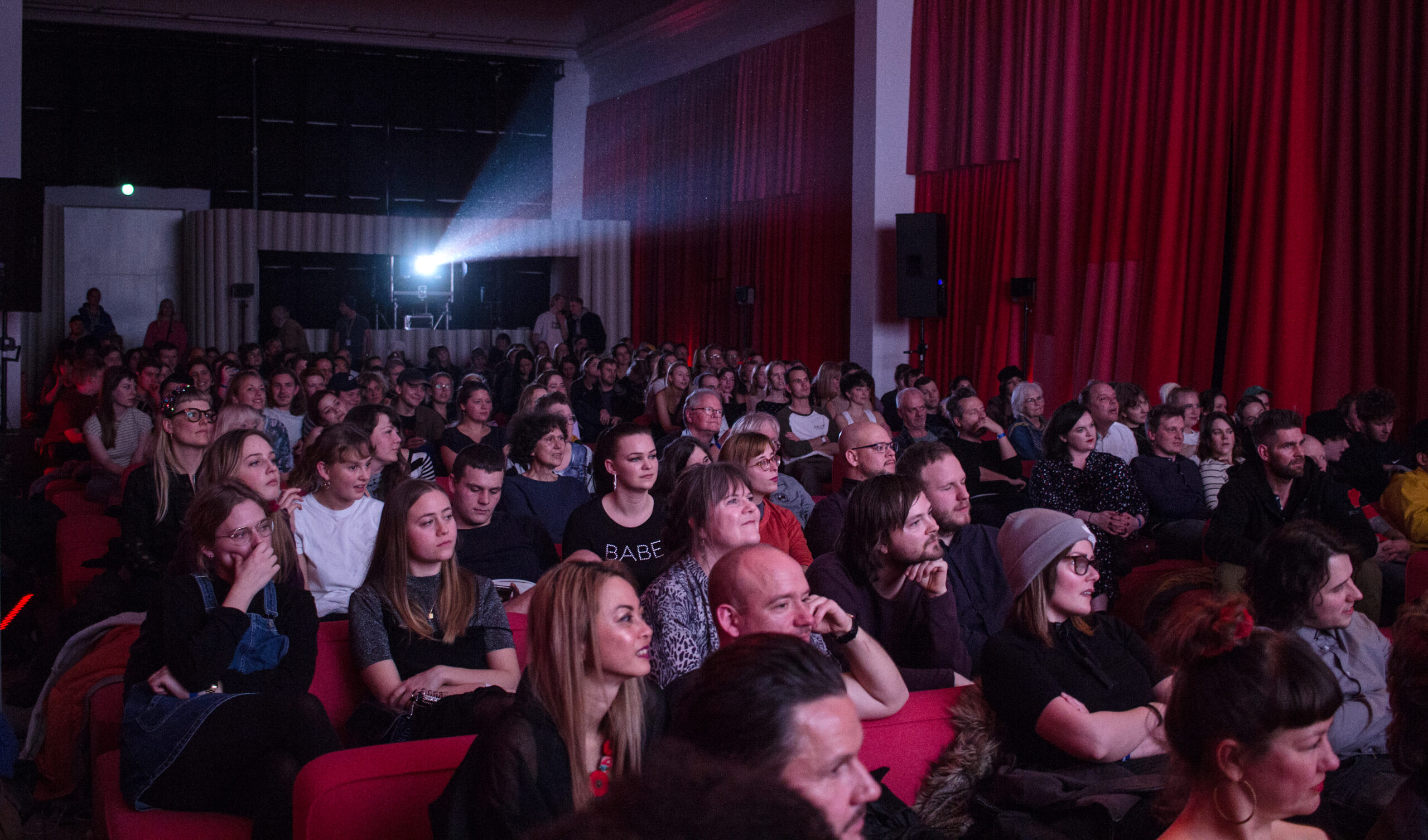 CPH:DOX celebrates the reopening of the Danish cinemas with a spectacular programme, presenting 120 of this year’s best documentary films on the big screen from May 6-12. This includes all of the films in the festivals’ competition programme and several extra highlights. Furthermore, the festival has also arranged a series of events and screenings at special venues.

Niklas Engstrøm, Artistic Director of CPH:DOX, said:
“For all of us at CPH:DOX, the reopening of cinemas is the event of the year, nothing less. It is not only an opportunity to show the films on the big screen – it is also our chance as a festival to create special events that really stand out. I am therefore absolutely thrilled that we – despite all the COVID-19 obstacles – have managed to arrange a series of events that provide an extra, unique dimension to the collective experience of watching films in the cinemas, whether it’s meeting a legendary DJ, panel discussions or a corona-friendly dating event.”

Dating with CPH:DOX
Love is in the air when CPH:DOX and URBAN 13, a new culture venue and city lab in Copenhagen, invites everyone to a screening of ’Searchers’ –  a documentary film about dating in New York during (and after) corona – on Saturday, May 8 at 7.30 p.m.. After the screening there will be an opportunity to go on a date with a like-minded individual, when CPH:DOX matches people based on cultural preferences.

The audience will also have the opportunity to meet Denmark’s unofficial king of arcade games, when CPH:DOX screens ‘Cannon Arm and the Arcade Quest’ Friday, May 7 at 7 p.m., which also includes an introduction by the film’s director Mads Hedegaard.

Meet Laurent Garnier and the lead singer of Iceage
When the music film ’Crock of Gold: A Few Rounds with Shane MacGowan’, about the legendary The Pogues-singer, premieres in the movie theater Cinemateket on Friday May 7 at 21:15, it will be with an introduction by one of McGowan’s biggest fans, Elias Bender Rønnenfelt, the lead singer of the punk band Iceage.

On that same evening, one of the greatest House-legends Laurent Garnier will tune in from his home in Southern France, and introduce the documentary film ‘Laurent Garnier: Off the Record’ to audiences in the movie theaters Grand Teatret and Empire Bio at 21.45.

Events at other venues in Copenhagen
CPH:DOX will also host a series of special screenings and panel discussions at the Emmaus Church on Frederiksberg and at Demokrati Garagen in the Northwest area in Copenhagen.

On Wednesday, May 12 the film ‘The Monopoly of Violence’ will screen in Demokrati Garagen at 19.15. After the screening a panel discussion will take place with member of the Danish Parliament Rosa Lund (EL), journalist Trine Marie Ilsøe, and Men in Black expert Christoph Ellersgaard, who will discuss when elitist power can be categorised as violence.

You can also meet professor and member of The Danish Council on Ethics Thomas Ploug, priest and former member of the Danish Parliament Charlotte Dyremose and others in the Emmaus Church, when they discuss the pros and cons of bringing back extinct species and prolonging life, in relation to a screening of the film ‘We Are As Gods’. The film starts at 7.30 p.m.

Prior to this event CPH:DOX invites people on a street art-guided tour in the area Vesterbro, after a screening of the film ‘Banksy Most Wanted’ at 5 p.m. in the movie theater Vester Vov Vov.

Find out more about the events and screenings in movie theaters in our schedule.