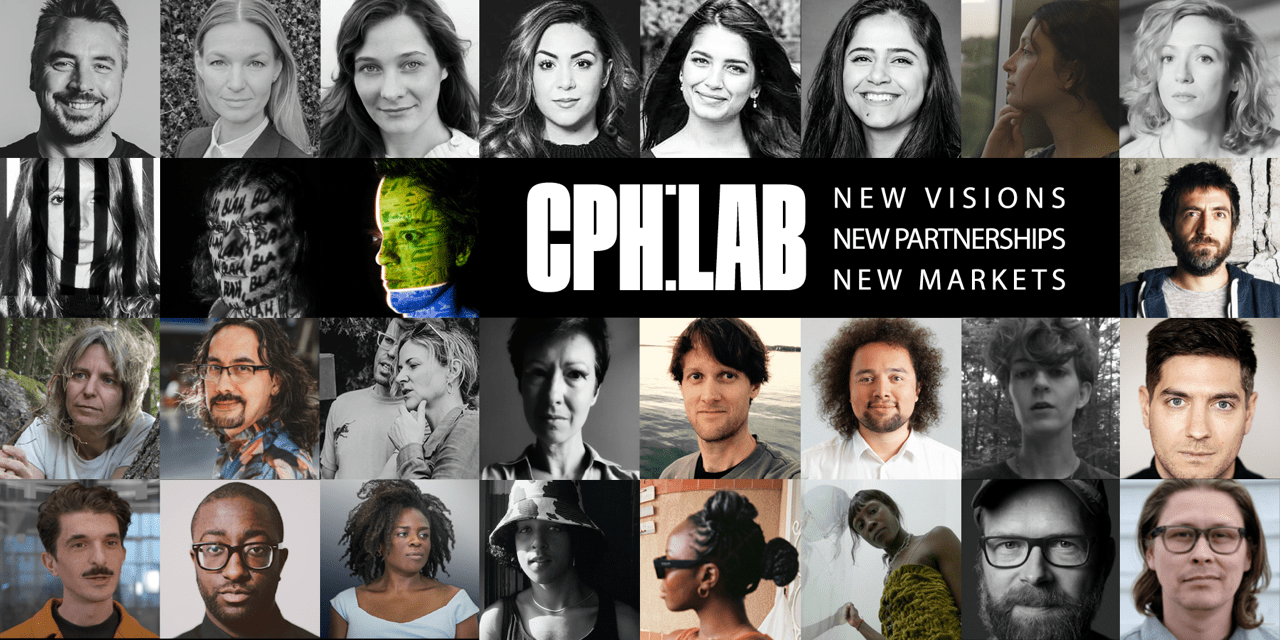 Nine new international immersive documentary projects have been selected for CPH:DOX’s talent development and training programme, CPH:LAB. The participants will go through an intense development phase and be ready to present their prototypes at CPH:DOX 2023.

Since 2009, CPH:LAB has been seeking to advance new visions of what a documentary can be. With an expanded focus, the lab is exploring the potential of interactive and immersive technologies, integrating alternative business strategies and cross-sector partnerships in a new approach to developing stories in the digital age.

The training programme runs as a combination of onsite and online workshops and mentoring sessions spanning from September 2022 to February 2023. The nine projects with their core teams will be working with the Head of Studies, Mark Atkin, and a team of internationally renowned mentors to create a prototype that they will present at CPH:DOX in March 2023 in Copenhagen.

’I am excited to be working with these artists who are committed to exploring new creative approaches to documentary storytelling. We don’t know exactly where we will end up, but we will have a room full of artists, activists and creative technologists, ready to inspire each other over the course of a week, when they will take their creative practice in new directions. I am looking forward to this intense, challenging and rewarding process and can’t wait to see the results.’’ Mark Atkin.

By Fanny Fortage, Tiziano Soardi, Harry Clunet-Farlow
In a more and more divided world, how will we cope with differences to speak the “same” language again? BABEL is a hybrid audiovisual show, freely reinterpreting the biblical myth of the Tower in a dreamlike sequel. Drawing Humanity through its diversity and unity, it questions our perception of others with the hope of rediscovering a common path.

By Baff Akoto, Luke Moody, Lidz-Ama Appiah
Collateral Echoes is a new VR installation. It is concerned with the 150+ Black Britons who have died at the hands of the police since records began in 1969. Through sensorial renderings of archival images, artifacts and oral testimonies from those bereaved, this work questions how personal commemoration might be experienced as a collective monument.

By Kathryn Hamilton
Good Genes is a documentary performance and interactive installation that blends archival research, DNA forensics, and feminist science into a singular work of biological-performance.

“In 2016 a stagehand at the Berliner Ensemble gave me a hat, the costume of a soldier in Bertolt Brecht’s Berliner Ensemble, which had never been washed, as Brecht wanted it to ‘stink like the war’. Working with a biology lab I recovered DNA samples from three actors who once wore this hat. I use both scientific and archival evidence to trace their stories.”

Letter to Bibi Jan: Weaving a letter across Afghanistan and Denmark (Denmark, Afghanistan)

By Nilab Totakhil, Lea Glob, Karen Waltorp, Asma Safi, Mursal Khosrawi, Sama Sadat Ben Haddou, Andreas Dalsgaard
Four young women fled Afghanistan as children in the early 1990s and grew up in Denmark. Now reaching 30, they reflect upon the history of their families, and with a strong existential need to express both their own stories as the second generation, and to honor and understand the past generations, they engage in a Film Collective. As part of this, they write a letter to their grandmother in a dialogue across continents and generations of women – by inviting others to do the same, the building of a virtual library begins.

By Barbara Matijevic, Giuseppe Chico
Slipstreaming is a series of interactive live shows that combine elements of unrehearsed live performance, cinema, 3D animation and online interaction in a variety of narrative settings, exploring the interdependence between psychological wellbeing, climate change, socio-political issues and the internet.

The Forest That Breaths Us (Canada)

By Jennifer Abbott, Dr. Suzanne Simard, Jai Djwa
A virtual reality experience made collaboratively with ground-breaking forest ecologist Suzanne Simard, The Forest That Breaths Us transports participants into a perspective of unfathomable interconnection by taking them inside the complex communication networks, familial relationships, memories and agency of a forest.

By Francesca Panetta, Halsey Burgund, Magnus Bjerg
Our image is our identity. We use it in social media to signal our beliefs and values. We proudly post when we act. Our videos and photos say “we were here and this is what we believe”.

By Elijah Ndoumbe, Maria Muehombo, Laetitia Walendom
Untitled is a multimedia installation documentary project centering the experiences of marginalized people of the African Diaspora and focusing on disrupting traditional modes of documentary making in order to give agency back to the subjects during the process.
The project title and more information are confidential for the time being. More information will be announced in the coming months as part of CPH:LAB.

Zedna, Goddess of the Sea (Greenland, Denmark, the Netherlands)

By Mikisoq Hove Lynge, David Adler, Wiebe van der Vliet
When the hunting animals are scarce, and the catch is not enough to feed the tribe, a young shaman sets out on a spiritual journey to the moon and the bottom of the ocean to find out why.

Among the CPH:LAB 2022 edition projects that have traveled the world are the Pathogen of War by director Yasmin Fedda that has been selected for the MIT Open Doc Lab Open Office and the Non-Aligned Newsreels by Mila Turajlić and Maja Medić that has been selected for Berlin Biennial 2022. Moreover, the Oceanic Feeling by Joey Bania and Lion Bischof is part of the ULTRAMARIN – an Immersive Exhibition of VRHAM! that is also presented at the Venice Film Festival 2022. Lauren Moffatt’s Local Binaries has participated at the Hošek Contemporary in Berlin in May 2022. Finally, the Mono No Aware by director Timo Wright will have a distribution across Denmark and Finland with the ARKEN Museum, Helsinki XR Center amongst others. From the older editions of the LAB, Breathe and Prison X both premiered at Sundance Film Festival, Captured at London Film Festival and nerd_funk at IDFA.

Read more about each project

The CPH:LAB is co-funded by the European Union, Creative Europe MEDIA.